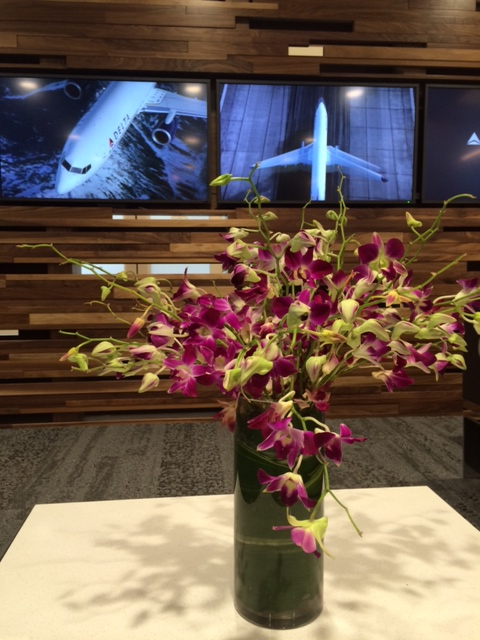 Compliments of the very nice marketing team at Delta, I had the great pleasure of flying the new DeltaOne experience.  As a part of the MeghanSAYS launch, they flew me from LAX to JFK for a key sales trip.  And yes, I am absolutely am a convert.

Delta is the only non-stop to and from Detroit where I’m from, so over the past few years since I decamped to LA, I’ve started discovering, or re-discovering this airline, as it were.  When I reached out to their team – they gave me all the updates; a $229 million upgrade to terminal 5, new seating throughout the planes, new food (check out my favorite roast beef on a pretzel roll yum or Lemonade inside the terminal), expanded security lanes and check in stations, 100 additional seats, new shower suites and renovated bathrooms new entertainment in the LAX Sky Club, and the coup d’etat — the new DeltaOne experience. 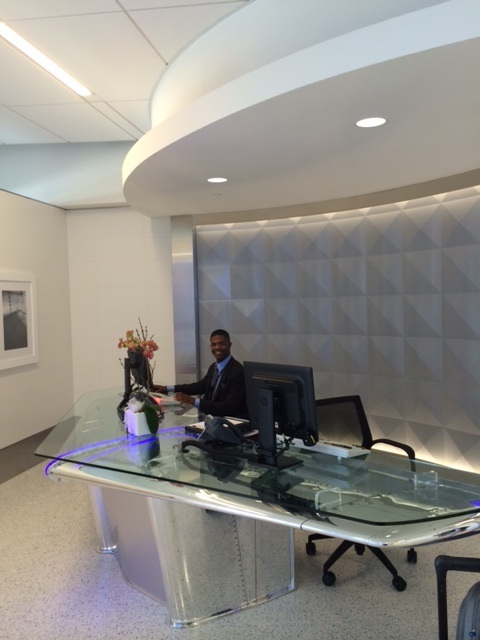 Checking in with this very nice man at the DC-9 desk!

Hello DeltaOne was all I could think.  I stepped from the utter chaos of curbside at LAX into the DeltaOne lounge which had the air of a zen temple.  Where there was heat and bags and crowding and noise, there was now quiet calm.

A very nice man checked me in at a desk (which was made from the tail of a DC-9 apparently!), and someone else whisked my bags away.  Into a lounge I went where I sipped on cucumber water, enjoyed the very cool artwork and chillaxed  until it was time to fly. 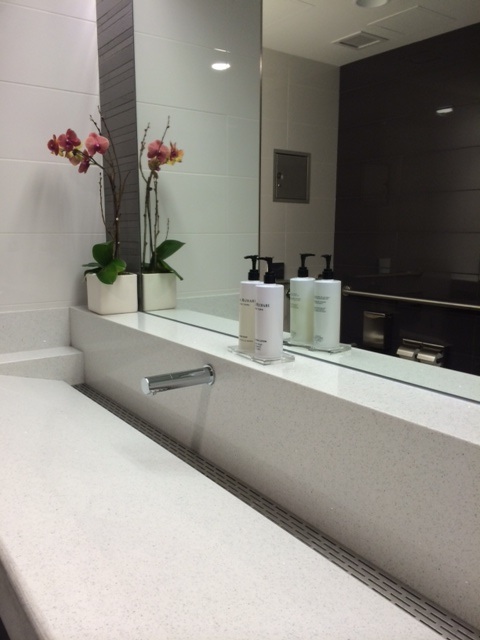 Yes this is an airport bathroom. 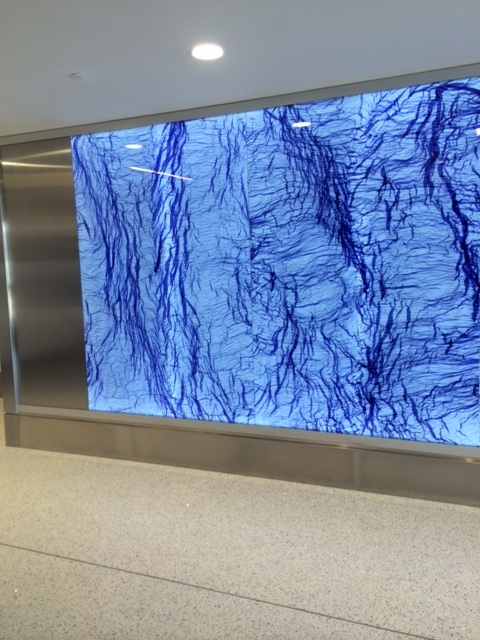 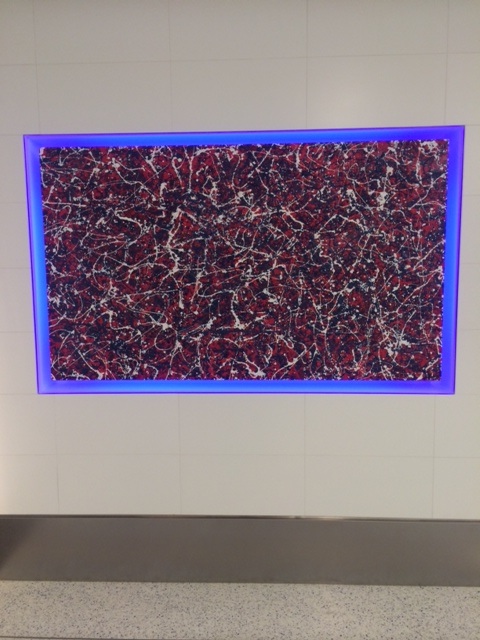 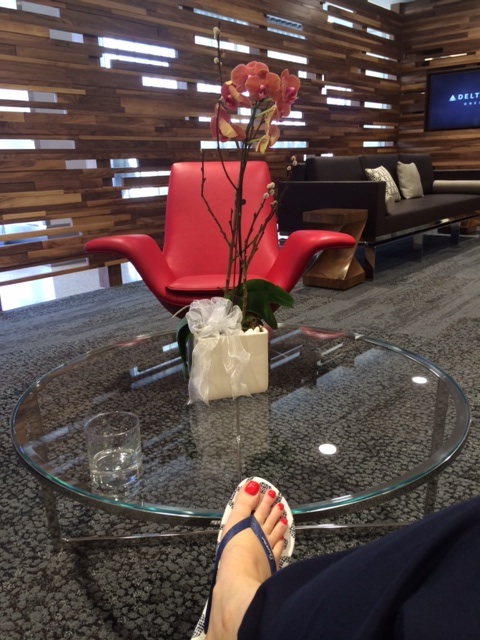 Fresh pedi in the lounge 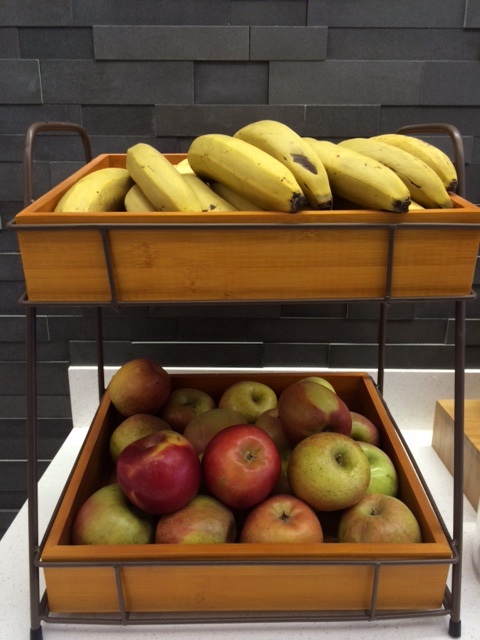 All the Fresh Organic Fruits

Then, another very nice person came to escort me up to priority security.  I zipped to the front of the line at boarding and then it was time.to.get.cozy.

After I giggled out loud at the Delta safety video, we took off. 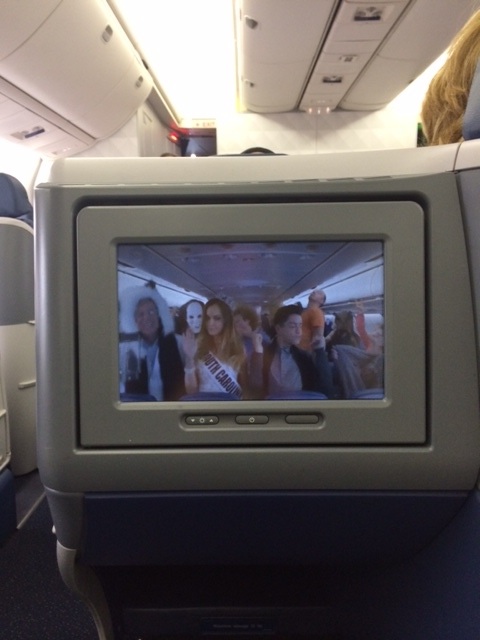 I love this safety video. Maybe I’m a dork but I laughed out loud. Loudly. I didn’t snort, though. That would be bad.

A little Sahale nut snack appetizer was passed out and we ordered dinner from the sumptuous menu prepared by Chef Michael Chiarello – I had the beef which was divine, a little gelato for dessert and then I curled up with John Oliver for some nighttime viewing before I snoozed out. 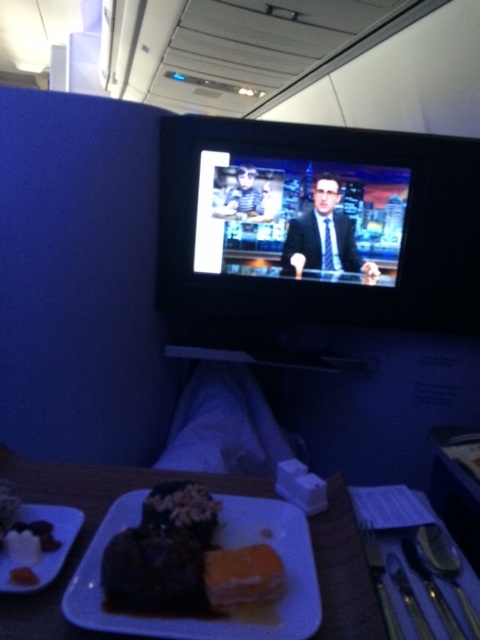 Me and John Oliver

A big fluffy Westin duvet and pillow made my FLAT bed the coziest experience ever. Add the cute socks in my complimentary Tumi toiletries bag and a little Malin + Goetz lip balm and I was sitting pretty.

We touched down early – both ways mind you! And I had the great luck to spend the weekend in New York during gay pride parade on that historic weekend. And wouldn’t you know Delta has a big float in the parade! Love that. 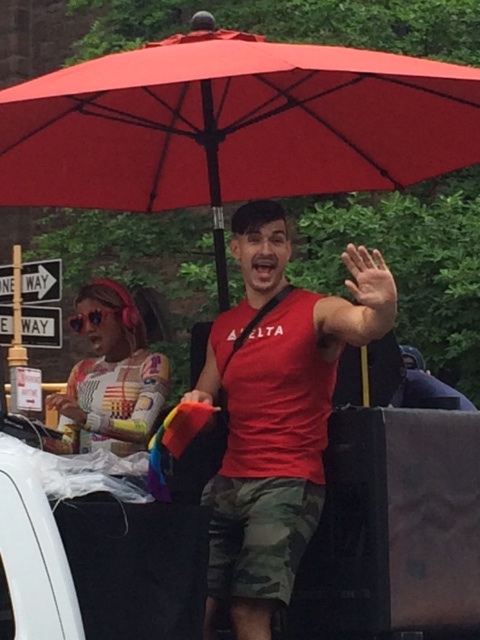 Delta at the Pride Parade

The bottom line is that arriving well-fed and well rested is invaluable for entrepreneurs like myself.  Being able to fully function the next day and power through meetings and presentation with the MeghanSAYS spirit is crucial for the success of my business — the difference is truly incalculable.  Women entrepreneurs especially benefit from this kind of self-care as most of us have families, businesses and many other endeavors we are in charge of besides ourselves. 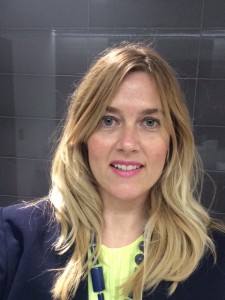 Thank you DeltaOne! Hope to see you soon. 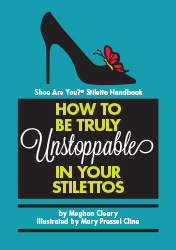